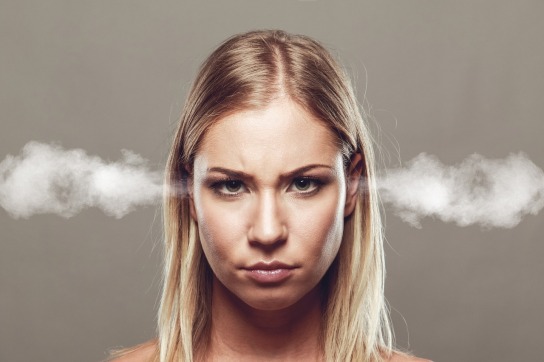 Hard truth needs to be spoken sometimes. And the latest outrage when it comes to families being separated at the border is one such case. This is not a political post. It is a moral post. It has absolutely nothing to do with immigration policy, or about who is right or who is wrong on the issue. It is not about democrats versus republicans. It is not about who has the “better” answers when it comes to handling people of other nations trying to enter the United States. I’ll leave that kind of debate for FOX and CNN. Well………..maybe not. That’s kind of scary. Especially the CNN part. Anyway, the issue I’m about to address has to do with the “lesser” compared to the “greater.”

I won’t pull any punches here. Here’s your hard truth: If you are protesting with all of your energy what’s happening at our borders and using your social media as a platform to scream and holler about families being separated, and yet you are NOT enraged at Planned Parenthood SEPARATING 321,384 babies from their parents in 2017, then you are a hypocrite who has no concern whatsoever for families or human life in general. I see more people’s blood boiling over immigration issues than the fact that babies are being ripped apart in the womb by the thousands every day!! I ask, “Where is the outrage??”

It is so disturbing to me that we can show a series of about a dozen videos with clear footage of Planned Parenthood flat out admitting that they sell body parts of little babies, and almost no one even bats an eye lash in this country. But when a possible illegal immigrant is temporarily separated from his family for investigation purposes…………then and only then is everyone outraged. Planned Parenthood has been committing these atrocities for decades. Yes, decades. Nearly 50 years! And yet people see one, yes one single image, of a young girl crying at the border, and all of a sudden everyone becomes outraged. And then they all instantly become immigration experts, while signaling to the whole country just how “virtuous” they really are. You aren’t fooling anyone. And you certainly aren’t fooling God.

If anyone can provide a moral or logical explanation for this inconsistency, then please let me and everyone else know. I am not saying that we should not be heartbroken by families ever being separated. We should be. But I also think we should do everything we can to protect this country from outside harm, while trying to keep families together. And I honestly think this is what the Trump administration is trying to do. To be sure, this is a very difficult and complex issue with many nuances. No one has the perfect solution. We all just happen to think we do. But this isn’t my main point. I am simply asking, “Why is the outrage at the border so much more intense than the thousands upon thousands of lives Planned Parenthood destroys every single day?” They separate families every day by ripping apart babies in the womb. And you are not outraged at this? Why not? I thought keeping families together was so important to you?

And while we’re at it, I have another question for you……….

What makes the 10 year old child from Mexico crossing the border so much more valuable in your eyes than the 10 week old Mexican child being destroyed at your local abortuary? You don’t get to pick and choose whose personhood you value more. You don’t get to decide morality apart from what God says. God has created all human life, from the moment of conception. HE gives equal value to the immigrant and the baby in the womb.

For those of you who are pro-choice and approve of mothers and fathers electing to have their babies slaughtered, BUT you also claim to love Jesus, you are deceived. Even if you fight tooth and nail against Donald Trump because of his immigration policies, you are deceived. Even if you protest every day for the rest of your life in favor of keeping families together at the border, you are still deceived. To not be outraged against abortion is to approve of it. To be enraged about family separation, but not even bat an eye lash that body parts of little babies are being marketed by Planned Parenthood, is too disturbing for me to even comment on. And what’s really interesting is that I don’t see a whole lot in Scripture about what to do when illegals cross the border. It seems that God uses a lot more words to warn us against murdering human beings created in His image.

“These six things doth the Lord hate: yea, seven are an abomination unto him: A proud look, a lying tongue, and hands that shed innocent blood…..” – Proverbs 6:16-17

“But the cowardly, the unbelieving, the vile, the murderers, the sexually immoral, those who practice magic arts, the idolaters and all liars–they will be consigned to the fiery lake of burning sulfur. This is the second death.” – Revelation 21:8

And just one more thing……..

A family separated at the border at least has the chance of being reunited. A baby destroyed at Planned Parenthood has no such hope. Neither do the mommy and daddy. What’s done is done. And there is no chance of a family reunion.

Your likes or comments are always appreciated! I will do my best to respond to each one. And if you enjoy my posts, I wouldn’t mind an extra subscriber either. (-:  God bless you, and thanks for stopping by!  – Jamie